PMO in the modern world (part one): What’s the maturity level of your PMO? 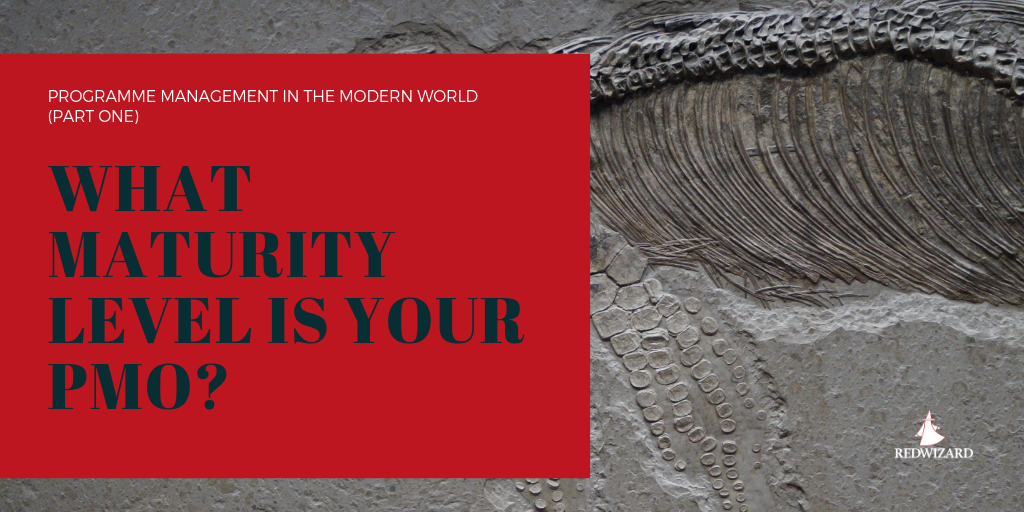 Big changes in programme and project management have sparked conversation, but what impact have they had? Has anything really changed since the 90s?

The programme management office (PMO) sets its stall on being a dynamic feature of the project landscape, continually evolving to current times. It’s a badge we wear with pride. From the Scientific Management Method developed by Frederick Taylor about a century ago to the “institutionalisation” of our professional standards in the 90s, our history is a long and happy timeline of original thought and idea development. We might vary by name and in function, but we can always be trusted to support organizations through the turbulence of ever-changing conditions.

If we asked you what had really changed since the 1990s, what would you say? Are we, as an industry, pushing hard toward becoming a hybrid function as we move into the fourth industrial revolution? Or, are we so caught up with identity and acronyms that we’re forgetting about the one thing that matters—delivering real value?

These, and many other questions have been left unanswered, so we’re placing a few under the spotlight.

Evolution as manifesto: A potted history of the PMO

You can’t know where you’re going until you know where you’ve been, as the saying goes. And one thing’s for sure, PMO has come a long way in the past 100 years.

So, what significant changes were made during this time?

About a century ago – scientific management method
Frederick Taylor introduced the idea of increasing the number and complexity of projects managed by single organisations.

1950s – US military complex missile systems PMO
This PMO realised the benefits of centralising funding into work packages instead of separate components. So, the concept of improving budget predictions, creating a standard phased planning approach and identifying non-strategic initiatives before fund allocation was born.

The 1990s, the decade that never ended

Like any type of evolution, each PMO advancement has stood on the shoulders of its predecessors. In the ‘70s, technology made the creation of project management software possible, thanks to Oracle. With the ‘80s came affordable PCs for project work; the ‘90s gave us project management degrees and specific methodologies for standardising PMOs.

Now we are here, a couple of decades into the 21st century. And… it’s amazing how little has changed.

For the most part, today’s PMO is still considered an administrative reporting function in many organisations, following a specific methodology, supporting change and transformation by following a set of standard processes aimed at increasing efficiency–process driven, inflexible, lacking passion and fundamentally losing sight of the bigger picture.

Forward-thinking organizations understand that mature PMOs can be a trusted change partner, an enabler, a strategic think tank of transformation and innovation! However, not all PMOs have reached this maturity level and there is still confusion around what a mature PMO should look like.

For many, evolution seems to have come to a halt, and that’s why most PMOs fail within the first four years.

Today’s PMO can, and should, go much further!

With many PMOs failing, it’s time to stop talking about methodology, standards and governance, and start talking about what really matters—VALUE. Here are a few areas to focus on in order to ensure that your PMO is evolving and becoming a ‘mature’ PMO asset that is valued.

Build relationships
The difference between a mature and an immature PMO lies in the quality of its relationships. Gain trust by connecting and listening to your key stakeholders—earn their trust and support.

Be innovative
Being innovative requires a bit of creative thinking, and you need to be inspired in order to think creatively. How? Research, learn and develop your skills. If you remain passionate about what you do, it’s easier to deliver innovative solutions that make a difference.

Have empathy!
If there’s a matra here it is this: PMO is not all about the process! Put yourself in the shoes of the organization, understand the pressure they’re under and where the pain points are for them. What’s most important to the business? How can you go the extra mile?

Traditional PPM roles and structures have to change. Bureaucrats will be banished. Zombie project management offices (PMOs) will be slain – Robert A. Handler, vice president and distinguished analyst at Gartner 2019

Where are we now, and where do we want to be?

We’re standing on the brink of the fourth 4th industrial revolution that will fundamentally change the way live, work and relate to one another. Technology-led innovation is constantly opening doors that were previously closed, making the impossible possible and forcing us to rethink our approach to strategy development.

The big question now is where we, the people, fit into the organisations of the future.

We’re not sugar-coating the future and for sure, the ‘mature’ PMO faces challenges going forward, with data security and integration being top of the list. That’s undeniable. But for the immature PMO, these concerns are moot. The key takeaway is that to even survive, PMOs need to be flexible, innovative, strategically focused and aligned. Most importantly—they need to create long-lasting relationships, built on trust.